On to the beach itself which seems to be split into three areas. Nearest to the lighthouse is where you'll find the families.

A ten minute stroll further along the beach brings you to the nudist area birthday suites are not compulsory so this is where everyone goes by beach bar number 7. Past there is a third area, again popular with nudists but also with more families as you're reaching the end of the beach and into Playa del Ingles. So, stick to the bit in the middle next to beach bat number 7. A fun way to get on the beach lots of cruising on the way back is go to the Riu Palace Maspalomas hotel at the end of Avenida de Tirajana in Playa del Ingles and treck through the dunes themselves.

Summer all the time...

You can't get lost as a you can see the sea and b follow the crowds. Gay Exclusive places are - The Villas Blancas complex at Campo International Maspalomas is another well known gay exclusive complex that's opened it's pool and poolbar area to non-residents who fancy a day away from the beach and in a friendly and lively atmosphere. The longest running and now refurbished and re-opened December complex is Beach Boys in Campo International area of Maspalomas. Also refurbished and re-opened May is Los Almendros opposite the Cita center.

Club Tucanes have their complex in Playa del Ingles, 5 minutes walk from the Yumbo. There's also Basement Studios, a small complex of bungalows opposite the Yumbo center with a dress code many days of the week of leather or a jock!.

Another complex just 5 minutes from the Yumbo is the newly opened La Residence. Again, the accommodation there is furnished very tastefully and to a very high standard! The most exclusive and expensive of the gay complexes is the Bird Cage Resort 5 minutes walk from the Yumbo. Little expense spared in furnishing the rooms and bungalows there! In San Agustin quieter resort but closer to Playa del Ingles and the Yumbo than Maspalomas is there's Pasion Tropical which is practically on the beach. On the lower level is a huge open-air area with all kinds of stalls and shops to have a look at for the early part of the evening.

Also on this level are the two main cabaret bars always pulling in large crowds. Currently the new Sparkles ShowBar on the second floor is the cabaret bar to head to for the best show in costumes, comedy and decent-priced drinks. One of the largest venues in the Yumbo and packs out every night from around 10pm onwards.

Bars fill up from 10pm onwards and the shows start around 11pm or midnight. Different shows each night of the week and karaoke beforehand. From early evening after dinner the terrace bars on the lower level fill up, from 11pm onwards a few people are in the rest of the bars but most go to see the shows downstairs or people-watch on the lower terraces. The last bar you come to on the top level is also a nightclub Mantrix and is open from 2am until around 5am or 6am.

The leather and "dress-code" bars which are the places to cruise are all at the other end of the center 1st and 2nd floor.


Also at the other end of the shopping centre you'll find a sex shop, and another nightclub "Babylon" which is open until around am though doesn't get going until around 3am. If you're still in a party mood once the clubs close then there's often an "after-hours" club. The Cita Center is a 15 minute walk from the Yumbo or 3 minutes in a cab. The second largest carnival in the world after Brasil takes place each year up in the north of the island in the capital city of Las Palmas. Gay Gran Canaria.

The Most Awarded Gay Resort 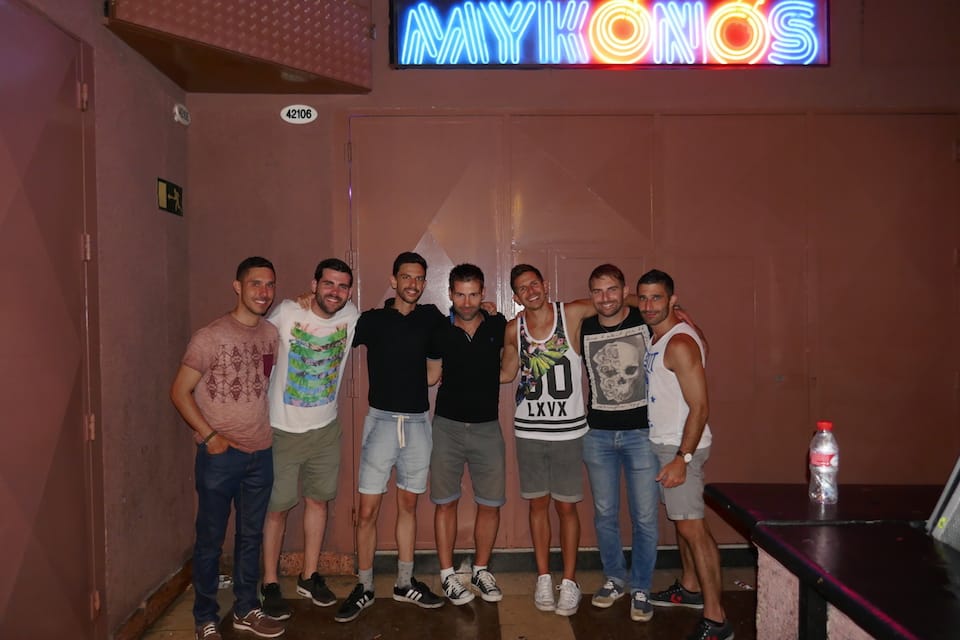 One of the oldest gay bars on Gran Canaria. Mainly mature clientele. Busiest time is usually between and Popular gay music bar, with small dancefloor. Music: Pop and Commercial. Clientele mainly in their 20s and 30s.